Instagram, the hugely popular iPhone and i pad photography app that evokes the 1970s, is now finally available for download at the Google Play Store for FREE. 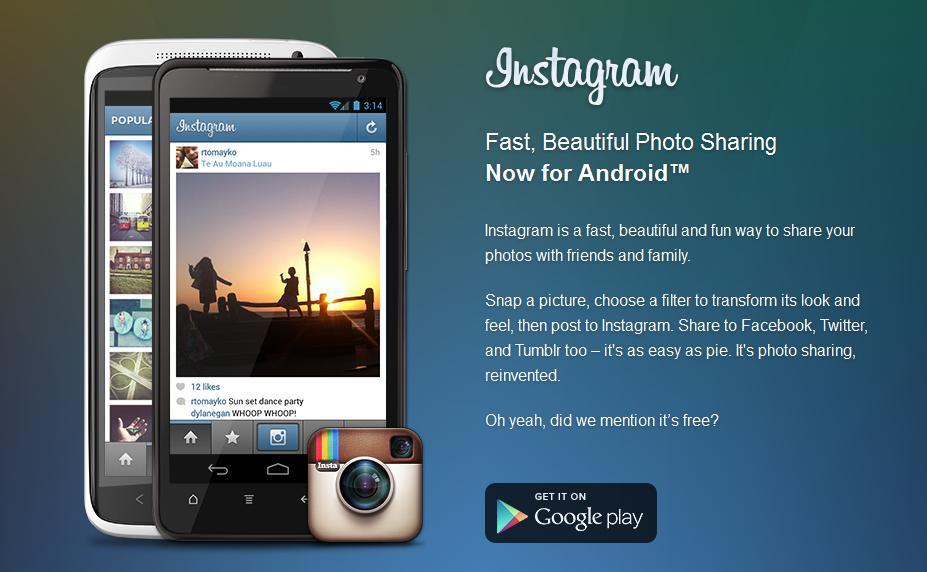 The app carries with it the same features (except tilt-shift/blur) and a similar user interface to that of the iOS version. Users are able to browse friends’ photos, view the popular photos, and upload their own photos, as you would expect.

Android users will join a community of 30 million registered users, who contribute more than 5 million photos a day. More than 1 billion photos in all have been uploaded to Instagram, strictly from iOS devices. With the addition of Android devices, these numbers are sure to grow at a considerable pace.

According to the company, it wanted to translate the exact iOS Instagram experience to its Android app thus the latter does not have any exclusive features, but contains most of existing ones. There are still a few features that have not been included in this first version of the app but will be added in the future upgrades.

Instagram was originally released on Apple’s iOS in October 2010 and has been hugely popular. It currently boasts over 30 million registered users.