Today we’ll be taking a closer look to one of the Research In Motion’s (RiM) Blackberry Release which is the Blackberry Bold Touch 9900.

The Blackberry Bold Touch 9900 is dubbed as Blackberry’s thinnest mobile phone device that was released to date. Its 10.5 mm thin body definitely defines its difference to its bold siblings. It also sports a brand new RiM OS, giving it a huge boost of speeds and a much smoother navigation experience.

Lets take a look at the Blackberry Bold Touch 9900 in a nutshell:

This Bold 9900 is really nice and much more comfortable to hold compared to my aging Curve 3g, thanks to its solid build quality. The thing that I’d like most of this Bold is its keyboard. If you love the previous keyboard panel of that in Bold 9700, then you’ll most likely hooked as well to this beauty’s keyboard. Browsing through its menus is like a walk in the baby jogger city select. Its side panel is accentuated with a nice chrome finish giving it a classy-look and feel. 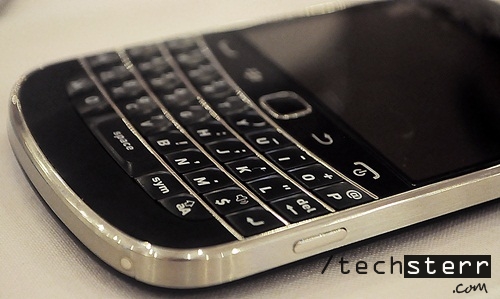 One notable addition to this device is its snappier 1.2 GHz processor complemented with the brand new BlackBerry OS 7.0. Navigating through its menus now feels like more smoother compared to its predecessors. Browsing the internet through Wi-Fi seems faster, though it hiccups at times specially when browsing a loaded desktop version of some sites.

Overall, RiM really did well in designing the Bold 9900. Both in features and aesthetics, I must say, this makes a good flagship. Improvements that were crafted specifically to this beast “berried” my droidy self once again.