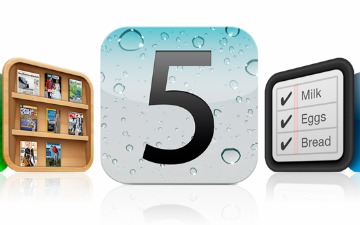 Apple just announced that the new iOS version 5 will be available for download on October 12. Apple’s iOS VP Scott Forstall unveiled some of the iOS 5’s new feature including deep Twitter integration, a revamped notification system, tabbed browsing for iPad, sync between multiple iOs devices, a revamped camera app and a News stand application for reading magazines and newspapers. It is also said that the new iOS 5 is still compatible and can still be used with old devices with an ipod dock so one should not worry if they’re wondering if its backward compatible because it is 🙂

Stay tuned for more of Apple update live from Cupertino!